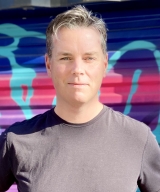 His research examines the impacts of poverty, economic inequality, food insecurity and school violence on children and youth in various political and economic contexts. This research involves national and international collaborations, such as the World Health Organization's Health Behaviour in School-aged Children study.

Summary: Unlike inequalities in health that are brought about by age or genetics, social inequalities in health are mutable and avoidable. Research into the social determinants of health focuses on adult disease or child mortality and has not fully examined the health inequalities during adolescence — particularly from an international, multilevel perspective. This project examines socioeconomic differences in adolescent health in 43 countries and how economic, political and social contexts shape these differences. Its focus is on health behaviours and emotional, physical and social health problems that contribute to chronic disease through the lifespan. The goal is to identify social influences that narrow social class differences in adolescent health, focusing on family, peer and school supports.

For over 30 years HBSC has been a pioneer cross-national study gaining insight into young people's well-being, health behaviours and their social context. This research collaboration with the WHO Regional Office for Europe is conducted every four years in 49 countries and regions across Europe and North America. With adolescents making about one sixth of the world's population, HBSC uses its findings to inform policy and practice to improve the lives of millions of young people. Each member country of HBSC is funded nationally. Canada has been a part of HBSC since 1994 with support from Health Canada and the Public Health Agency of Canada and is based at Queen’s University .

Summary: Food insecurity affects 1.8 billion people worldwide and is the single largest risk factor for the global burden of disease, yet it remains an understudied threat to adolescent health. This project uses epidemiological methods to examine links between early-life food insecurity and adolescent mental health and wellbeing. The goal is to identify sensitive periods of food insecurity in terms of later health and populations of adolescents at greatest risk. Global analysis of food insecurity in 150+ high income (HIC) and low- and middle-income countries (LMIC) explores the social and economic determinants of food insecurity and its health consequences for youth, focusing on economic development and inequality. The project emphasises knowledge mobilisation and social policy and a critical examination of Canada’s implementation of the 2030 Agenda towards the SDG 2 (Zero hunger) and Canada’s Poverty Reduction Strategy.

Summary: The odds that a child is healthy, happy and doing well in school all progressively improve as social class rises. This social pattern tracks strongly into adulthood and defines health inequities throughout life. In Canada, there are five- to ten-fold differences in the rates of some illnesses and a 10-year gap in life expectancy across socioeconomic conditions. Internationally, child and adolescent health varies depending on economic wealth and inequality. Various projects are investigating the how income inequality and relative poverty affect health, violence and wellbeing in young people, the social and moral implications of health inequality in early-life, policy choices that shape opportunities to be healthy, and potential consequences of inaction.

These are some measures and analytic tools that I have developed.

Search articles on PubMed or Google Scholar . PDFs are mostly available on ResearchGate .

Looking for something in particular? This list is searchable.

Prospective graduate students in the MSc and PhD programmes in Psychiatry or Psychology with research interests in adolescent health should contact Dr. Elgar directly (frank.elgar@mcgill.ca).

The IHSP runs several programs for undergraduate and graduate students from all disciplines. Details and application instructions are posted on the IHSP website . As well, applications to the Global Health Scholars program are usually accepted until mid-February.